The right audio technology for every requirement:
campus-wide audio at the University of Applied Sciences Graubünden with Sennheiser 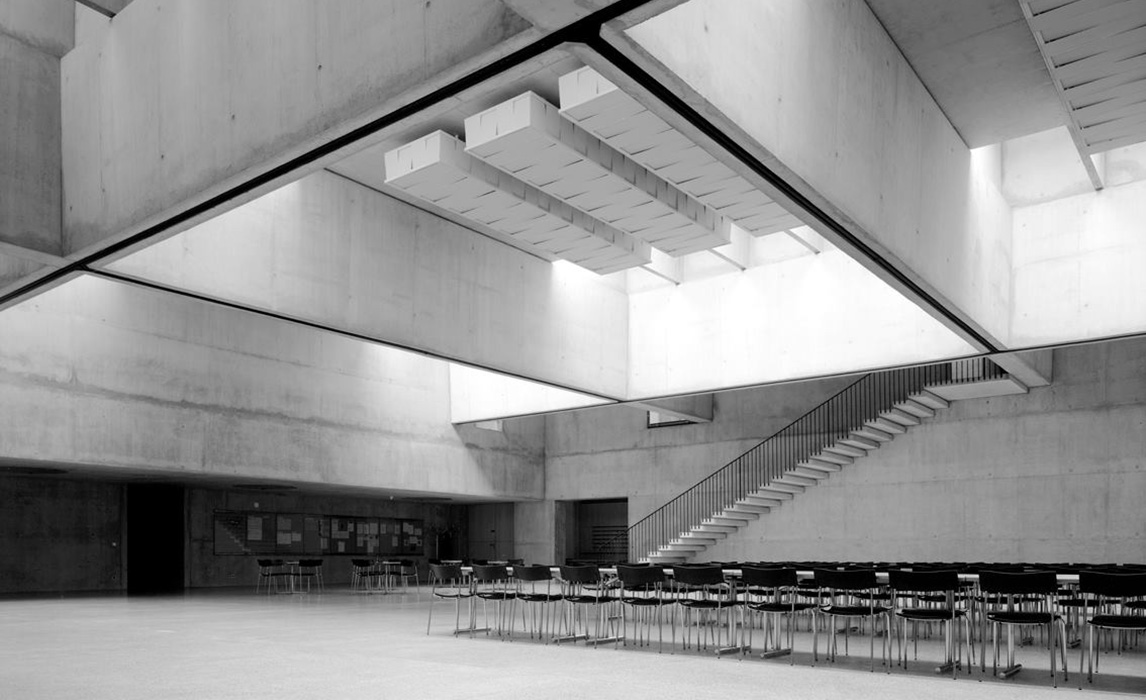 “For us, Sennheiser has stood for top quality in the audio sector for many years and offers user-friendly, advanced technologies. We always feel very well supported by our local integrator Prisma Videoproduktionen und Systeme AG and the Sennheiser sales staff in integrating the audio technology into the existing infrastructure.”

The UAS Graubünden has been working successfully with Sennheiser for many years. The audio products from manufacturer based in Wedemark near Hanover are used not only in the classrooms, but also in the production area of the UAS media house where valuable synergy effects arise with the existing production tools.

“For us, Sennheiser has stood for top quality in the audio sector for many years and offers user-friendly, advanced technologies. We always feel very well supported by our local integrator Prisma Videoproduktionen und Systeme AG and the Sennheiser sales staff when it comes to integrating audio technology into the existing infrastructure,” says Marcel Näf, research assistant at the Institute for Multimedia Production at the University of Applied Sciences Graubünden. “Patrick Gratz always provides us with the latest insights from Sennheiser, shows us further possibilities and networks us with the relevant stakeholders,” says Marcel Näf. What he particularly appreciates about working with the Sales Manager from Sennheiser Switzerland is the exciting and intensive exchange of ideas and the good personal relationship that has grown during the collaboration. Patrick Gratz is also enthusiastic. “Marcel is an open and very interested contact person. I am very grateful for our good business relationship and the great understanding also on a personal level, the exchange is wonderful!”, says Patrick Gratz.

The great trust and long-standing partnership between the University of Applied Sciences Graubünden and Sennheiser is evidenced by numerous projects that have covered a wide variety of applications. 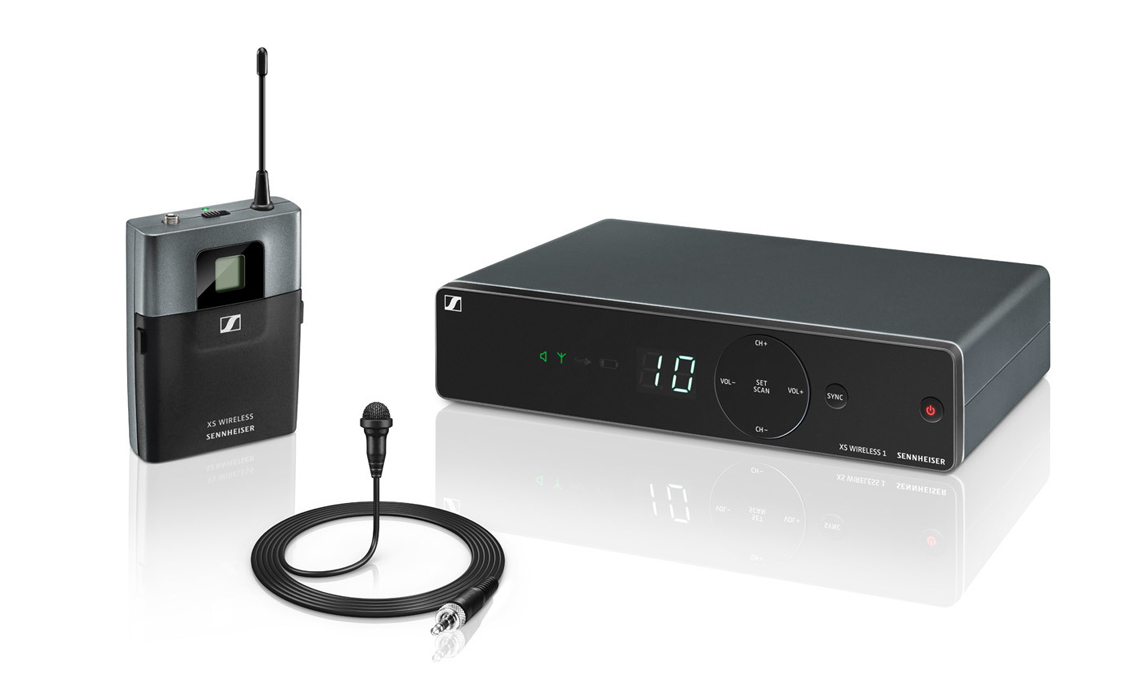 At the beginning of the COVID-19 pandemic, streaming capacity needed to be optimized in 60 classrooms. Each room was equipped with an XSW 1-ME2 set optimized for speech during lectures, presentations and moderation. Delivery and commissioning of the sets, consisting of receiver, bodypack transmitter and lapel microphone, took place within a very short time. The new microphone solution had to be inexpensive, easy to explain and use, and meet a high standard in terms of transmission technology. In addition, only low maintenance costs were to be incurred. “All of these points were met to our complete satisfaction,” says Marcel Näf. The sets are very easy to operate and work flawlessly in everyday use together with collaboration and meeting tools such as Microsoft Teams and Webex. Thanks to the large frequency selection as well as the flawless frequency separation, interference is no longer an issue even when all radio links are used simultaneously. 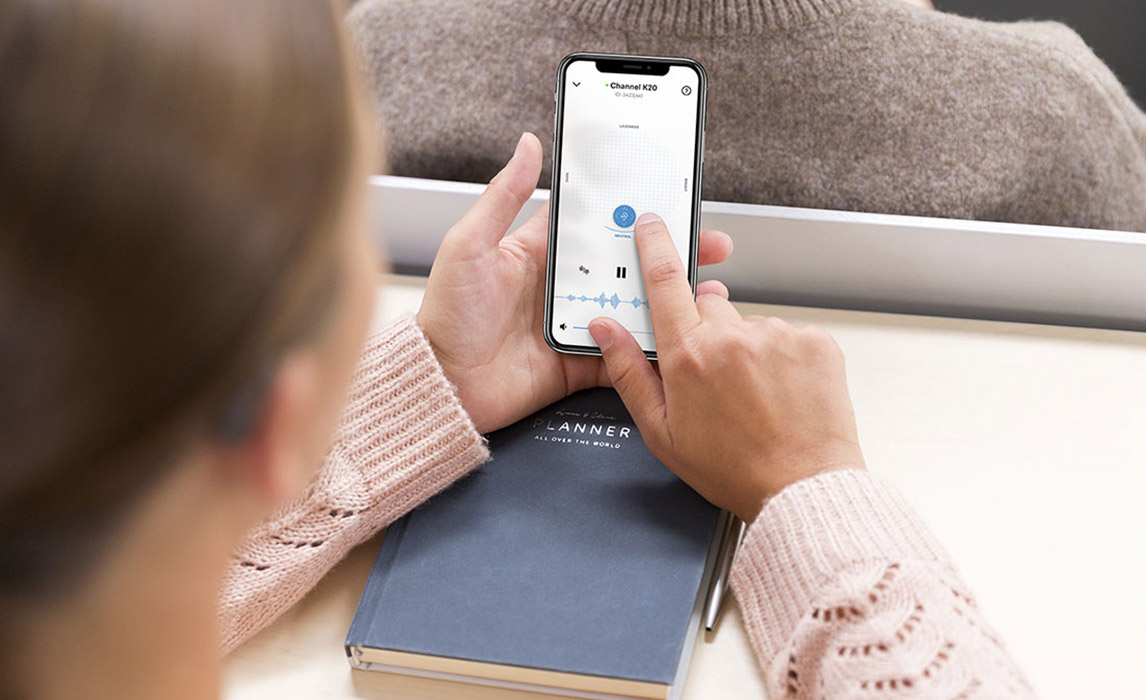 Streaming system for your own smartphone: MobileConnect in the media house

In the media house of the UAS Graubünden, true inclusion has arrived with MobileConnect. The system provides personal listening support that streams live audio content via WiFi to any iOS or Android phone in the room. The UAS Graubünden Media House offers open, flexible classrooms for up to 100 students. “Our university’s network is generally very tightly secured. It was a big challenge to integrate MobileConnect into the network as quickly as possible and without disruptions for the maximum number of users. Our IT solved this with flying colors,” says Marcel Näf. MobileConnect is used at the UAS Graubünden to provide listening support for students during lectures. Since the teaching booths in the media building are very flexibly designed and the majority are separated by acoustic curtains, general audio amplification of the teachers during the lessons was not an option. MobileConnect provides the necessary acoustic coverage in this setting, especially for larger events. The channel split is used for up to four events and configured appropriately each time the lecturers register. “There is hardly any feedback from the students. That’s a good sign in our case! “, jokes Marcel Näf. He estimates that around 90% of students have the MobileConnect app installed on their smartphones and that around 50-60% use it regularly.

The UAS Graubünden opted for MobileConnect after two system-like products were eliminated due to too high prices or licensing costs and a lack of integration support. “MobileConnect could be integrated into the existing hardware/software environment without any problems and has not failed once since commissioning. The system is absolutely low-maintenance and easy to monitor and configure thanks to a well-structured web interface,” says Marcel Näf. 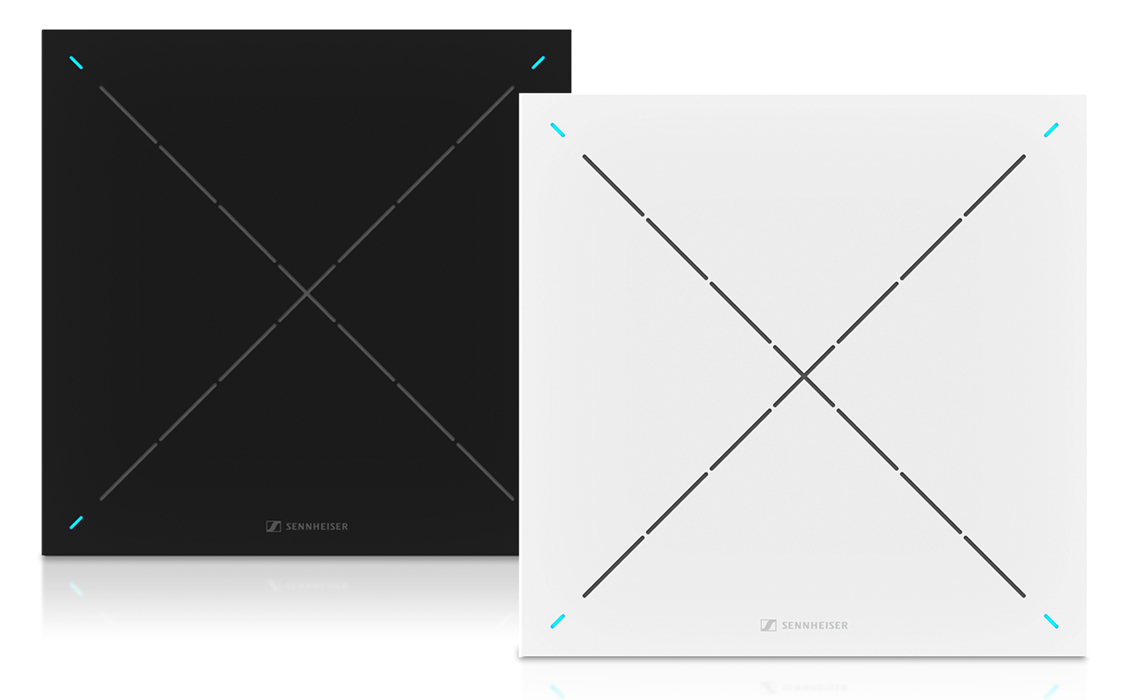 The latest beamforming technology on the ceiling: TeamConnect Ceiling in the Service Innovation Lab

Three units of TeamConnect Ceiling (TCC) are installed at the Service Innovation Lab (SIL), which is an innovation-enhancing experience, creativity and development environment equipped with a wide variety of the latest technology. The SIL is used for internal and external coached development sessions. Philipp Bachmann, head of the SIL, is excited about the flexibility TCC offers. “Basically, the areas of application for TCC in the Service Innovation Lab are very diverse – in addition to live streaming, there are also moderated workshops or presentations, for example. Especially in combination with the installed cameras, there are excellent possibilities for recording presentations. The added value of TCC becomes clear in contrast to the old directional microphones. No matter where you are in the 250 square meters of the SIL – what is said is always optimally understood. What we particularly like about the ceiling microphones is that they blend so seamlessly into the room design visually.” Serge Djoungong, who as a research assistant is responsible for the technology at SIL, adds: “The biggest advantage of this solution is the quick start-up and the ability to transmit questions from the audience clearly and understandably without having to rely on an additional microphone.” 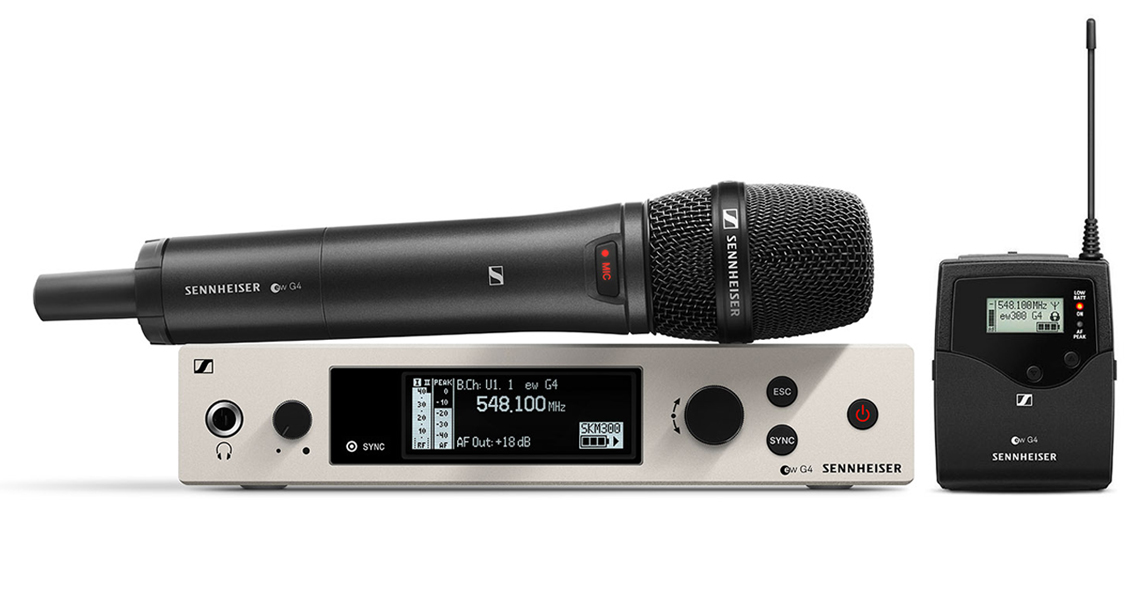 User-friendly multi-talent: EW G4 in the auditorium and in mobile use

EW G4 is known for reliable radio transmission and great sound for all professional audio requirements and is ideally suited for any speech, lecture, conference, moderation or live performance on stage. It is used in the auditorium of the University of Applied Sciences Graubünden for various events – both on-site and remotely with live streaming. The whole system is controlled via an AMX panel and is therefore very user-friendly. In addition, a Sennheiser ME 36 with gooseneck is installed in the speaker’s desk. The entire system is Dante-ready and all inputs and outputs can be picked up via floor boxes for further distribution or streaming at several points in the auditorium. In addition, all microphone receivers are integrated into the Webex meeting solution via automixer. This means that all contributions from the auditorium can be streamed everywhere in the highest acoustic quality.
In the Multimedia Production (MMP) course, EW G4 wireless sets are used in various combinations with bodypack, lavalier, headset and handheld microphones in the TV and Live Communication majors, together with a Mackie audio control room and a Blackmagic video control room. Students also work with EW G4 at events outside the studio space, giving them a good insight into the work that awaits them after graduation. According to Marcel Näf, they quickly gain access to technology under real conditions thanks to the use of the high-quality equipment.